MTV Road Rules found him in 1998, and from there he worked his way into the media.

Mykel Hawke (is a retired U.S. Army Special Forces officer, author, and television and film personality. He is perhaps best known for his role on the Discovery Channel survival reality TV series, Man, Woman, Wild, where he appeared alongside his wife, Ruth England, a British TV presenter and actress. He is currently working on the Travel Channel survival series, Lost Survivors.

Be sure to follow us on iTunes and leave a review!

And don’t forget to check out the book, Military Veterans in Creative Careers! 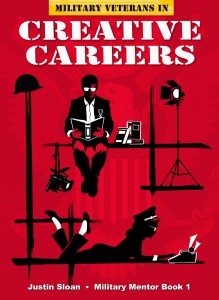